Hey, have you heard the one “A Girl Walks into an ER”?

Yeah so, last Friday night was a crazy evening.

I was on my way to pick the boys up from school when my chest suddenly felt a burning sensation across it, my legs went weak and my brain went foggy. I was only down the street from my house, so pulled over, rolled the window down, took a sip of water and a deep breath. Whew. I thought it must just be a random moment of a panic attack. I had no reason to panic that I was aware of, but since I have had random depression and anxiety most of my life, I know it can happen … well … randomly.

I thought I was good and started driving again. Then stopped again. Something wasn’t right. I called my mom to see if she was near enough to pick up the boys. She wasn’t, so she called one of my aunts who, thankfully, was home and able to go scoop them up, and I went to the nearest ER.

This was unfortunately not the first time I had walked into an ER and said I thought I was having a heart attack.  It has happened three times before. 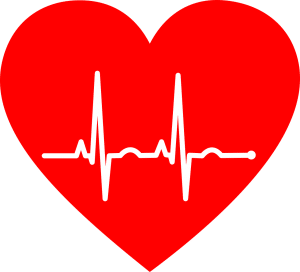 The first time was in 2005. While driving home to New Hampshire from a day working in Boston, I suddenly felt like my heart was beating out of my chest. I happened to have a heart rate monitor in my gym bag in the car, so I put it on and my heart rate was bouncing between 175 – 210.  Definitely, something was going on. I was in traffic so moving slowly, and fortunately saw a hospital sign at the next exit. I went straight there and called my mom to tell her where I was.  She also happened to be in Boston for work and was on her way home on the same route, so she met me at the hospital.

That episode was diagnosed as idiopathic Supraventricular Tachycardia (SVT). I followed up with my doctor to wear a Holter Monitor for 24-hours. The results of that test were normal, so we chalked it up to dehydration and a long day.

The next time it happened…

…was about six months after the SVT episode but was truly a massive panic attack. I was under a great deal of stress with a project at work and was working with a challenging customer who was super high-strung. I was working around the clock for a huge project and it caught up with me.

The third time it happened…

I had moved to Florida and had the boys. They were maybe a year old. My heart was racing and my blood pressure was up, but EKG and labs were okay. I followed up with a cardiologist for a Cardiac Stress Test, which was normal, and that was that.

Which brings us to this incident. 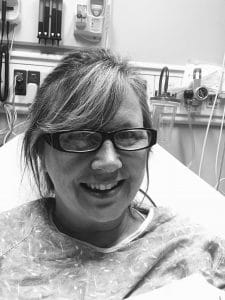 My heart rate was erratic between 90-159 – with some quick dips to the 50s.  My blood pressure was elevated but not too bad by the time they took it – at 131/89 (although that is pretty high for me as my “normal” is in the vicinity of 105/60.)  I imagine my BP was elevated due to the anxiety of the situation.

So, interestingly, my Apple Watch and iPhone were helpful for a few reasons in this scenario.

That may be too much info for some to care about…

…but I like data. And I like puzzles. And I REALLY liked knowing I wasn’t crazy and could show it to someone who could confirm it was not psychosomatic.

After two sets of labs, a chest X-ray, and a chest CT scan to look for blood clots in the lungs, this episode appeared to be related to low potassium, perhaps assisted by an excessive amount of water. I drink a lot of water, but I had started a strict Keto diet about two weeks earlier and was doing a great job on my water intake. I guess too great of a job. After a dose of potassium, I felt SO much better.

I will follow up with my primary doctor for rechecks of my bloodwork, and for a Holter Monitor test, but thank heavens this episode came and went. Potassium is super important for the heart, which I know from my grandmother, who had low potassium at times. I had no idea I wasn’t getting enough, but it isn’t something you should supplement on your own.

I took the weekend off of strict Keto, ate some sushi and some Ghirardelli Intense Dark Chocolate (72% Cacao and DELISH!), and am working on some meal planning strategies!

Incidentally, I have really liked eating a Ketogenic diet. I’ve done it sort of half-assed for a while, but this was the first time I really buckled down. I’ve been tracking my macros (I use an app called Senza, which I like), and doing Intermittent Fasting. My energy is great, I feel really good, and I’m down eleven pounds total (including some of the half-assed time).

If you haven’t seen the documentary called The Magic Pill, I thought it was very interesting. There are a gazillion websites and Facebook groups about Keto, but I have had a few inquiries on specifically what I’ve been doing, so I’ll be sharing some of my experience with that too.

Listen to your body. Don’t dismiss any feeling that is just “off”. Because I have dealt with anxiety and depression in the past, I am inclined to dismiss symptoms. I have a quick mental checklist I run through when I get a feeling or a sense that something isn’t right:

You’re probably wondering about that last one. If I can divert my brain and force it to process something that isn’t automatic (like saying numbers in non-sequential order), sometimes the physical symptoms subside and I can refocus to know it is just anxiety. Here is an article I wrote about crowd anxiety, and here is an article with some other tips to relieve panic attacks.

Make sure you get your dark, leafy greens in, and mix up your hydration efforts to help keep your electrolytes in balance!