You are here: Home / Blog / Look Out Second Grade!

Well well well. Look who’s back [me]. Between the evaporation of time and my general tendency to think about all the blog things rather than to actually do all the blog things, months go by before boom – summer is gone and the boys are starting school again 😱! So here we are! Look out second grade!

Since I’ve been SO bad about writing lately, I thought I’d jot down this little post using the app on my phone for it. I forgot about it (the app) and had a little AHA memory tonight. (Last time I used it I think was last December, and it posted my pictures sideways. 🤷‍♀️ We’ll see how it goes this time.)

Anyway. It’s pretty hard to believe the boys are SECOND graders! Whhaaaaatttt? Look at these precious little first graders less than a year ago. 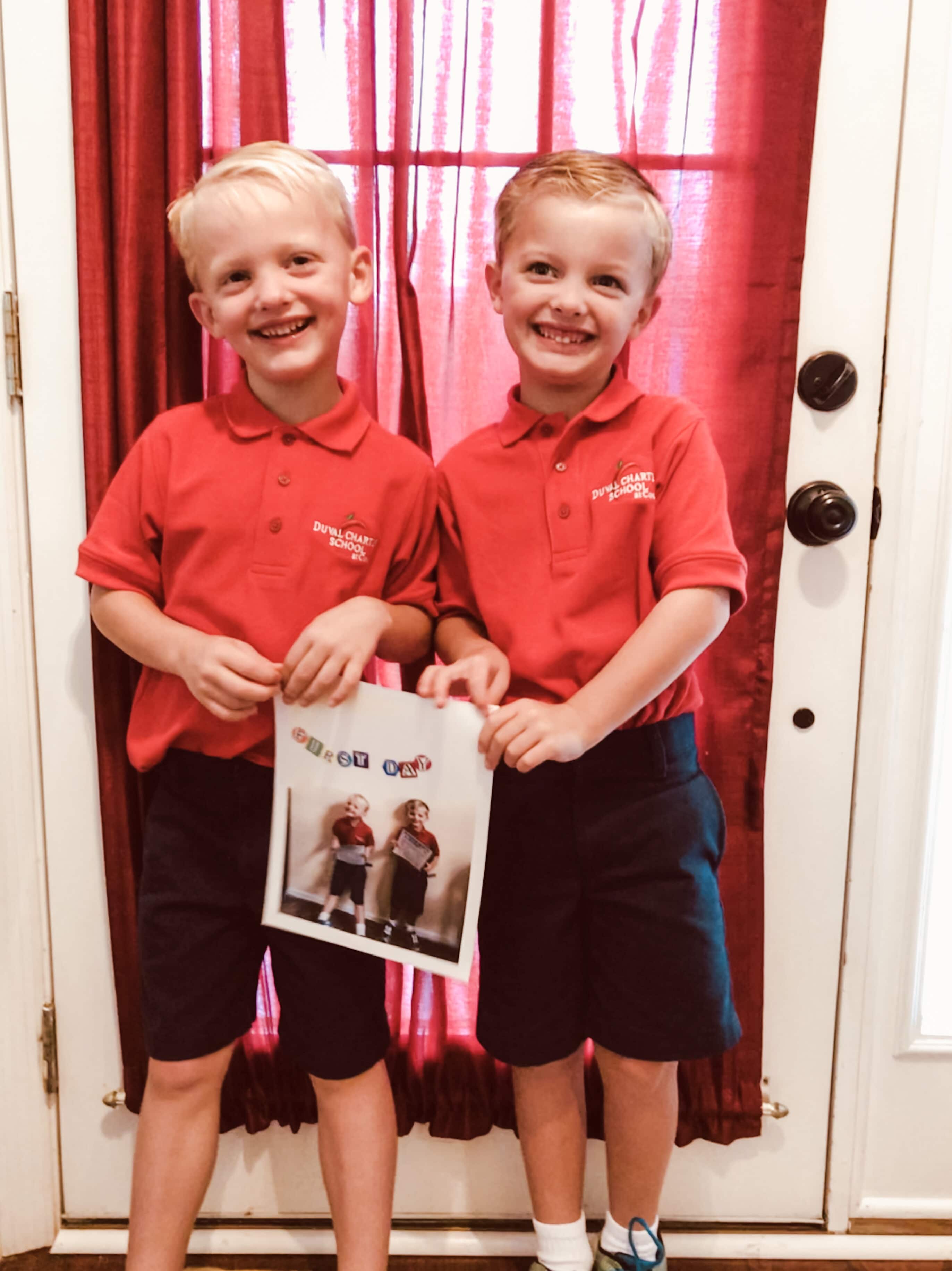 And look at them NOW – off to second grade and a new school! 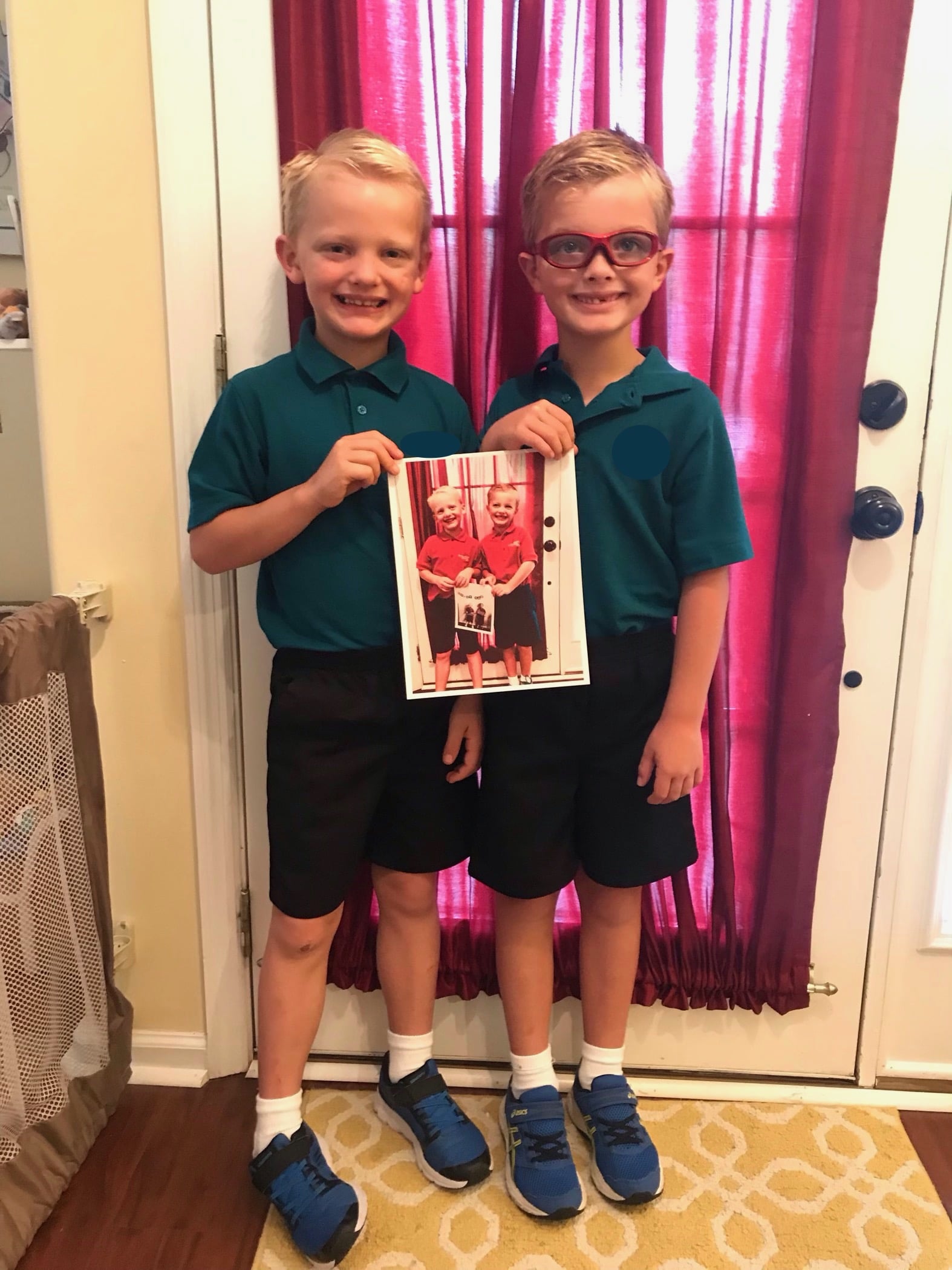 They’ve each grown several inches and gained 8 1/2 pounds. They still love all things dinosaurs 🦖🦕 . Especially aaaaallllll the Jurassic World dinosaurs and hybrid dinosaurs – namely the Indominus Rex at the moment!

Hence these  water bottles I made for them. (The OCD in me is reeeaaally bothere by the dinos not being even, now that I look at it. 🤦‍♀️) 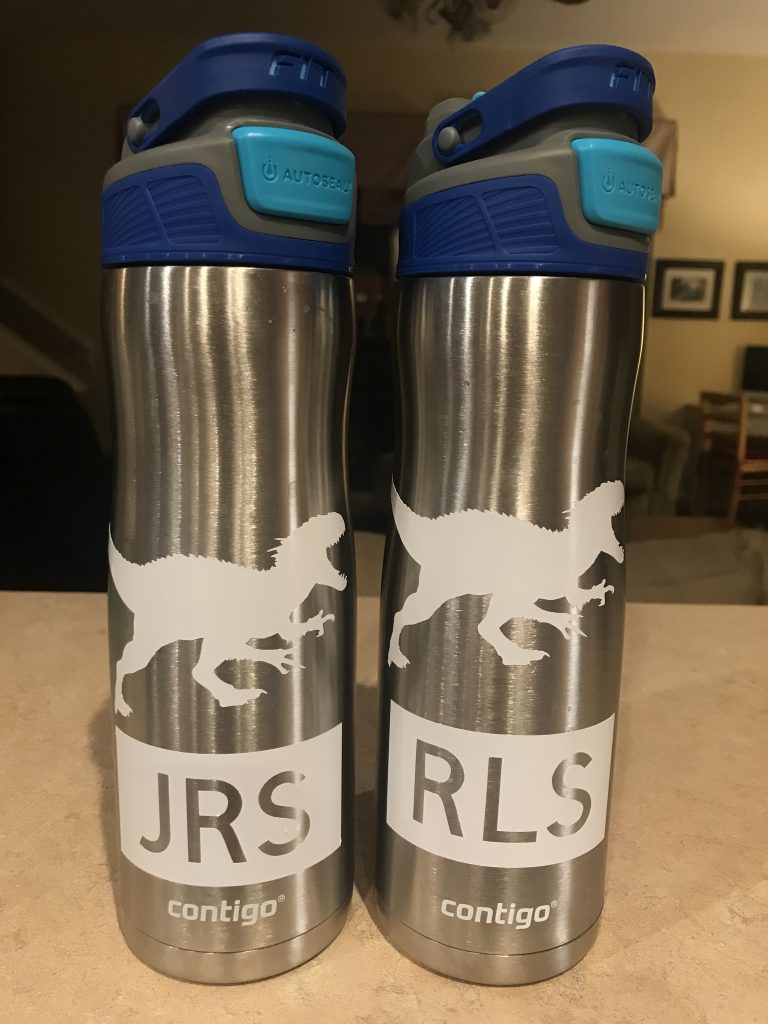 Of course the backpacks and lunch boxes are dinos, and more water bottles… 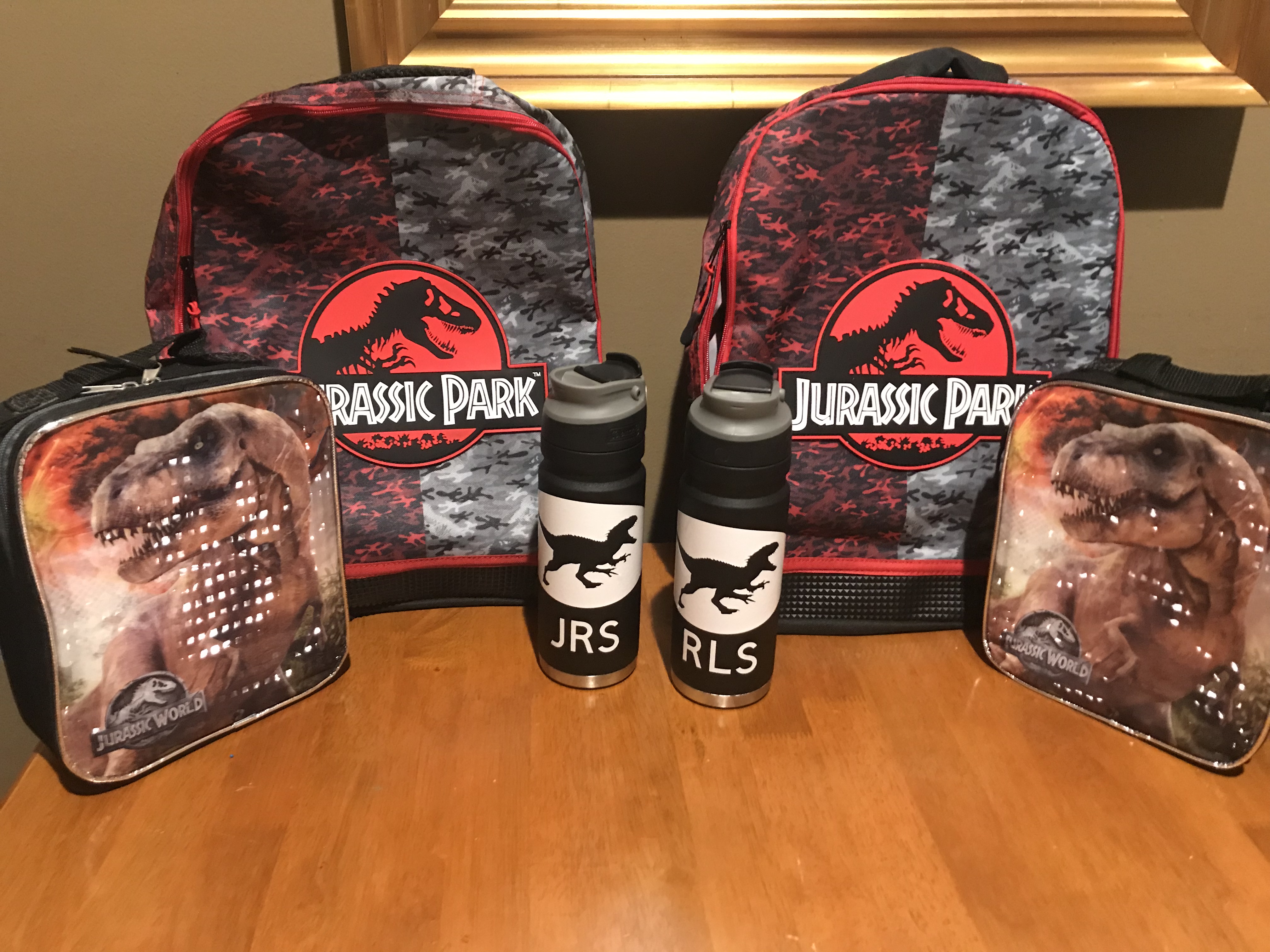 I begged them to get different lunch boxes and different backpacks.

We are dino-crazy in this house!

This year I decided to move the boys to a different school. They did great academically in their other school but it was a brand new school, so still some kinks to work out.

And some of the things I liked about the school when I toured, or that I didn’t think much of, I ended up feeling differently about once we were in school there. A great example is that the outside field was all artificial turf. That’s super great for clothes and shoes. But I found myself sending them outside without shoes on at home to get dirty and feel the ground with their feet. (Weird maybe, but, true story!)

Another thing that didn’t really faze me when we started there was that there was no stage or space for any kind of performance. I remember being in plays on a stage in the cafeteria in first grade. But there weren’t really performances at this school. (And since I graduated from a high school for performing arts…that should tell you how I felt about that!)

Totally not bashing their previous school! They had amazing teachers, they made some good friends (and so did I!), the principal is phenomenal, security is tight, and the boys learned SO much. But, we needed a different environment, so I went ahead and switched them.

Reid is suuuper nervous (and may still be in denial 😢).

So I am nervous for him. But this kid has COURAGE like you don’t often see in a kid. (Remind me to tell you about the diving board when he was 5 – there is video and it’s incredible to watch!) So he’s going to be amazing and love it. I am sure of it! But still. Poor buddy.

Do you decorate or do anything special for the first day of school? I have made signs and taken pictures since VPK, of course. But this year, since they are moving to a new school, I wanted to give them a little extra positive, happy thoughts first thing in the morning!

So I did this… 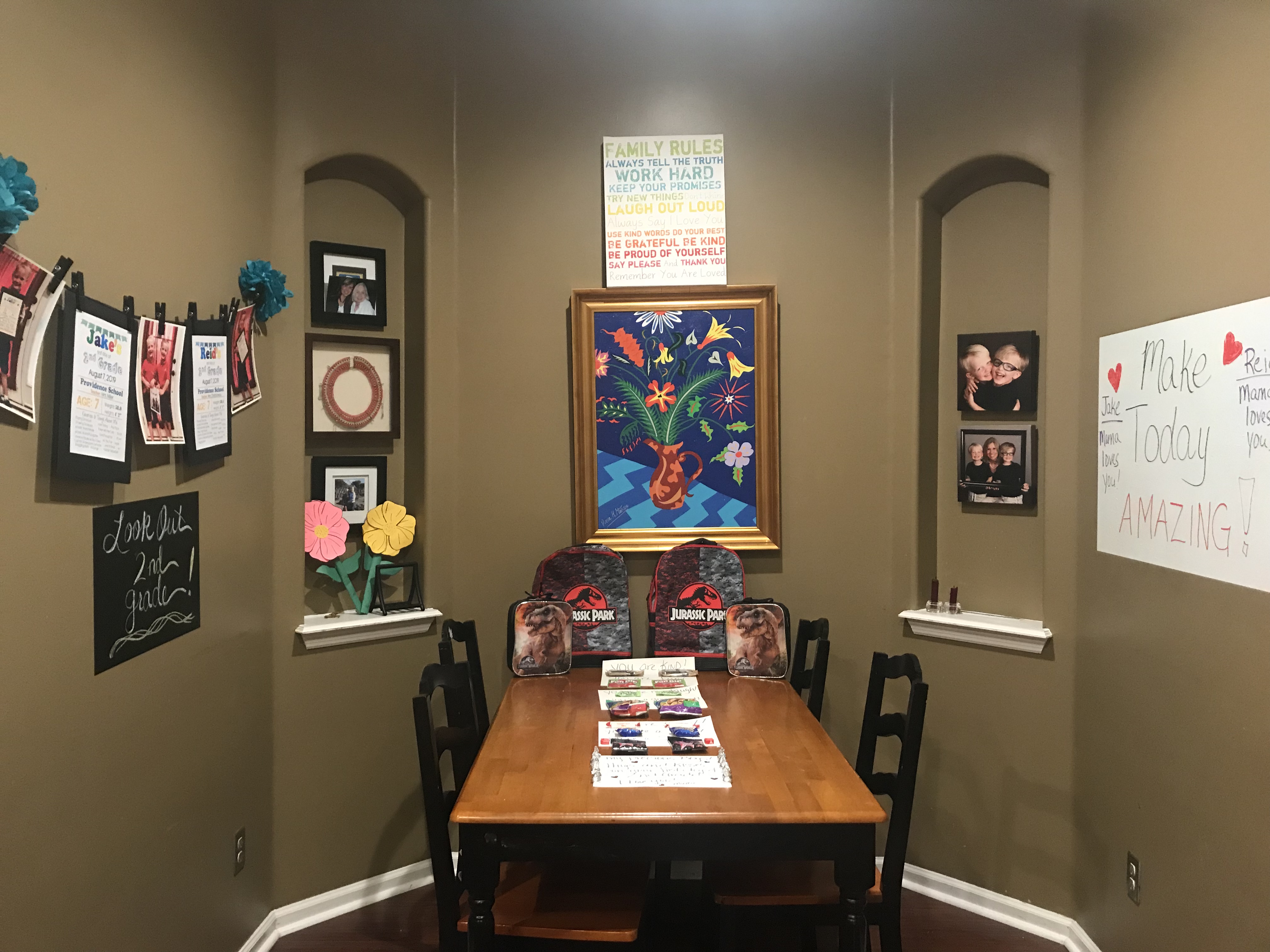 The left wall has the posters I made and the pics we took last year: 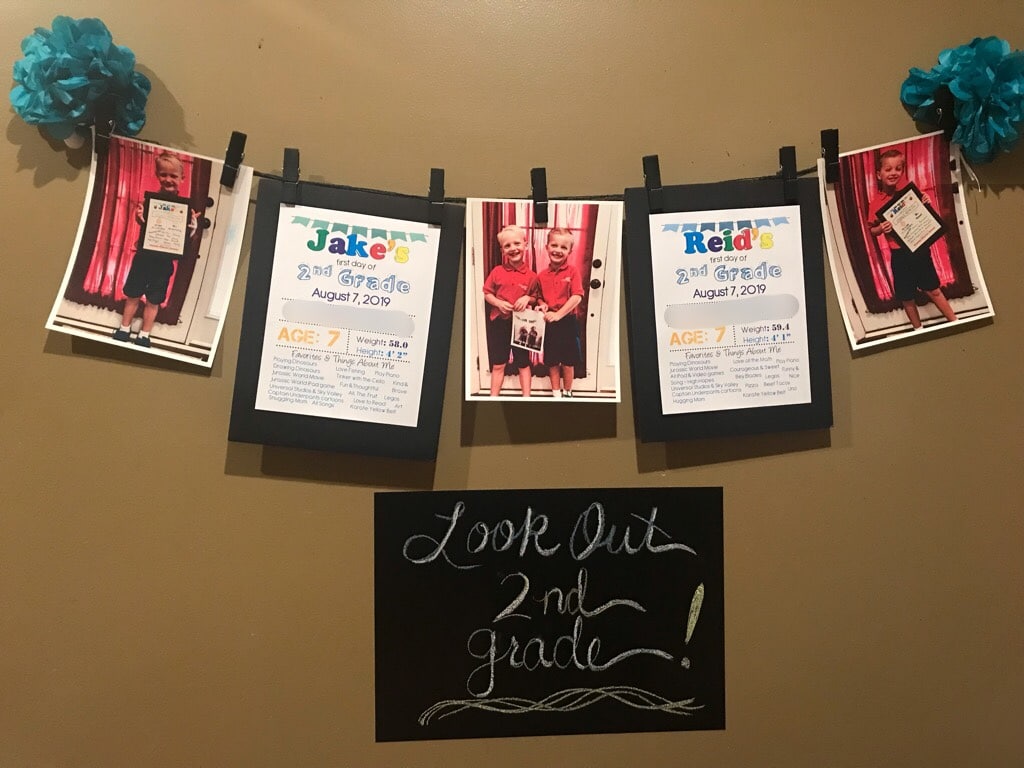 The white board on the right wall just has a message (this white board has been there since the boys were babies – one day I hope I will actually write a post about all the things I used to do with them on the white board. It was so fun!) 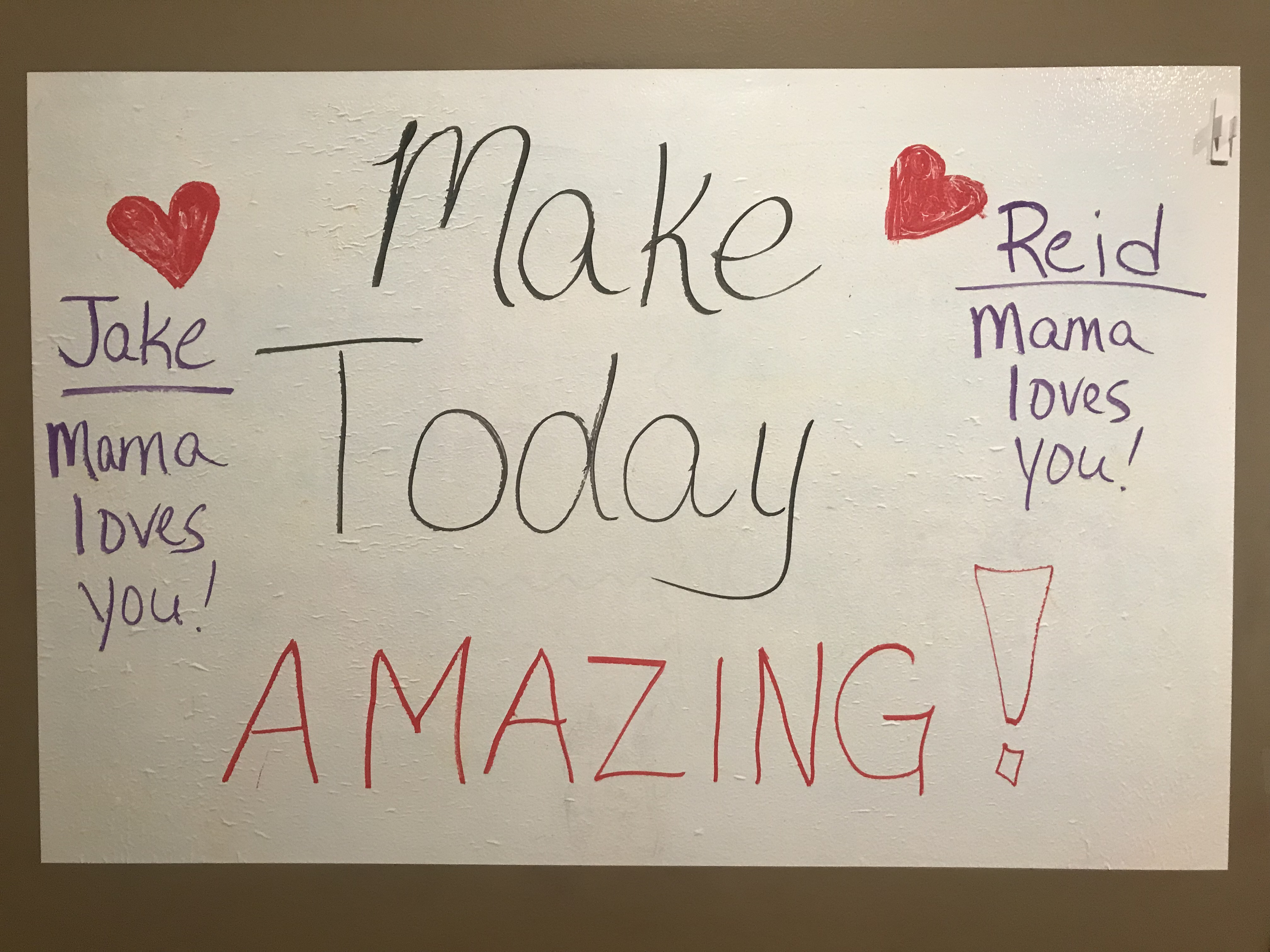 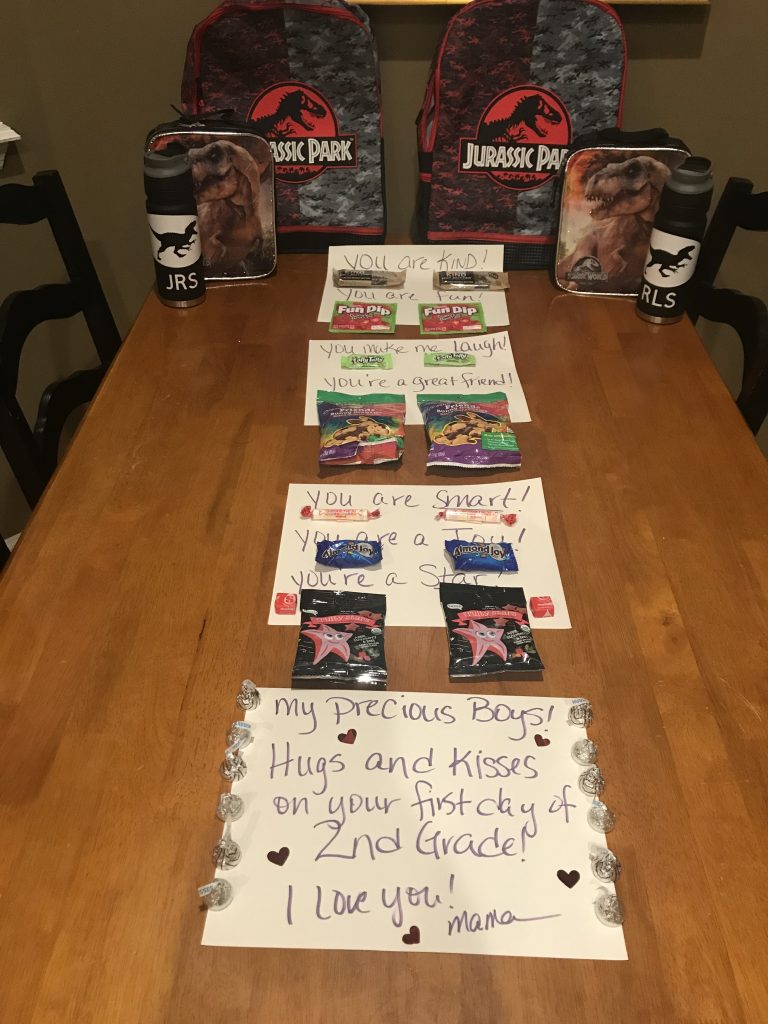 Truth be told, I had a much more elaborate plan in my head. But my head also woke up with, and held onto, a migraine all day today. So I’m pretty happy with how it turned out considering that!

So look out second grade! The boys are coming for ya!

Do you have first day traditions you like to do? Always take a picture by a certain tree? Maybe make a sign for them? Do you make them a special breakfast? I’d love to hear if you have family traditions when your kids go back to school each year!

8 Ideas to Teach Kids the Love of Reading

Are My Kids Safe at School?